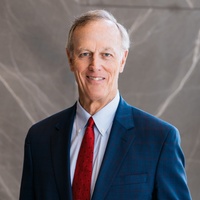 Malcolm H. Liles began his career in private wealth management when he joined The Robinson Humphrey Company in Nashville, TN in 1981. Malcolm remained at Robinson Humphrey through multiple mergers and reorganizations, the last of which was when Morgan Stanley acquired Smith Barney. At Morgan Stanley, Malcolm was a Senior Vice President, Family Wealth Director & Financial Advisor. The Family Wealth Director designation was formerly known as the Citi Family Office designation, and Malcolm was one of less than 1% of the firm’s advisors nationwide to be selected for the elite credential.

Malcolm is the managing partner of The Liles Group, where he is responsible for the oversight of all wealth management strategies implemented for the team’s clients. Specifically, Malcolm advises his clients on investment policy & asset allocation, investment selection, concentrated stock positions, Rule 144 sales, and wealth transfer and charitable giving strategies. His experience also includes several initial public offerings, as well as other corporate transactions. In addition, Malcolm works closely with the other members of The Liles Group to ensure that the team’s service and communication always meets the expectations of their clients.

Malcolm holds the Series 7, the Series 8, the Series 63, and the Series 65 licenses, as well as his life insurance license. Malcolm received a BS in Business Administration from the Terry College of Business at the University of Georgia.

To learn more about Malcolm, visit his LinkedIn page.