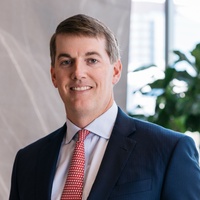 Leighton Liles began his career in financial services in 2006 working in consumer banking with First Tennessee Bank and Renasant Bank in Nashville. He later transitioned into corporate investment banking at Iroquois Capital Group, where he served as Vice President of Investment Banking. Over his five years in investment banking, he completed over two dozen lower-middle-market transactions with aggregate transaction value in excess of $600 million. Most recently, he spent two years as the CFO of a privately-held, early-stage life sciences company in Franklin, TN where he led the successful completion of the company’s Series A financing and supported the commercial launch of the company’s first two diagnostic products. In 2018, Leighton joined The Liles Group, where he serves the team’s private clients through his expertise in tax planning, business exit planning, wealth transfer strategies, and philanthropic planning.

Leighton graduated with a BBA in Business Management from the Terry College of Business at The University of Georgia in 2005. He earned his MBA in Corporate Finance from the Owen Graduate School of Management at Vanderbilt University in 2011, graduating with Beta Gamma Sigma honors. Leighton also holds a Certificate in Financial Planning from Belmont University, and has been a CERTIFIED FINANCIAL PLANNER™ professional since 2008. In addition, he is a licensed Certified Public Accountant in the State of Tennessee and holds the Certified Private Wealth Advisor® designation. In 2021, Leighton was one of four recipients of the Rising Star Award at Baird's Annual Toast of Baird Celebration.

Leighton holds the Series 7 and the Series 66 licenses. He is a member of the Tennessee Society of CPAs, the Estate Planning Council of Middle Tennessee, the Economic Club of Nashville, and the Investments and Wealth Institute. Leighton is a member of the board of directors at Martha O'Bryan Center and he serves on the Community Advisory Board at Centennial Children's Hospital. Away from Baird, Leighton serves on the Board of Directors at ApolloMGA, a Dallas, TX-based non-standard auto managing general agency.

To learn more about Leighton, visit his LinkedIn page. You can also find him on Let's Make A Plan or PlannerSearch.